Scouting origins date back to the start of the Twentieth Century. They have survived the two World Wars, sweeping social events and the challenges of other influences, to become stronger than ever. It does this by placing the needs of young people first — in a program that can adapt to change.

When we say adventure, were not just talking about the awesome range of outdoor activities that Scouts offers! In fact, adventure can mean any exciting, novel or unusual experience, and Scouts offers such a huge range of opportunities that there’s always something new to try.

Built in 1937, the Pakenham Scout Hall was one of a number of halls constructed by the Scouting movement in the 1930s using a rustic American log cabin style. The fireplace was built out of some granite from Tynong that was used to build the Shrine of Remembrance.”

Pakenham Scout Group provides Pakenham and Cardinia youth aged 6 to 25 with opportunities to grow through adventure!

Cardinia District is situated within the Cardinia Shire. It is one of the fastest growing regions of metropolitan Melbourne. Located 45 kilometres east of Melbourne CBD. The district’s groups extend from Upper Beaconsfield on the edge of the Dandenong Ranges in the north to Lang Lang & Koo Wee Rup on the edge of Western Port Bay in the south. At the west you’ll find Beaconsfield and to the east Bunyip. It comprises of rapidly growing residential areas and rural farmland accessed by the Monash Freeway and the Princes Highway. Its features include significant wetlands, densely vegetated rolling hills, plains and swamps. It also includes unique Aboriginal cultural landscapes used by the Bunurong people until early explorers and settlers opened up the land for farming and agricultural development. You can find out more about the Cardinia District Scouts here 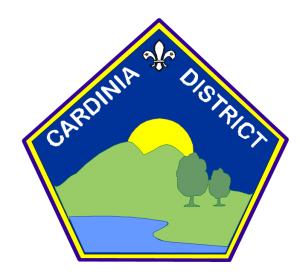